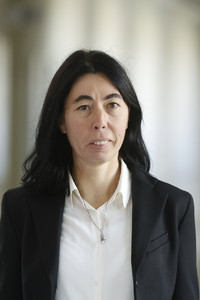 Cecilia Poletto is full professor at Goethe University in Frankfurt am Main. She has an ample research record on several topics of Old Romance with a particular focus on Old Italian syntax such as V2 effects, including information structure. She has elaborated on the old idea that OI was a V2-language, explaining the relevant properties within cartographic framework (cf. Rizzi 1997). One of her important findings is a parameter which does not only explain V2 effects but also OV scrambling and a wide range of order differences between Old and Modern Italian. Poletto (2006b) also worked on the discontinuity of DPs in Old Italian, which includes but is not limited to quantification. Moreover, she worked on n-words and N(negative) P(clarity) I(tem)s. Cecilia Poletto has worked for many years as a PI on the Syntactic Atlas of Italy (ASIt), has conducted a lot of field work in this context and has been in the steering board of various dialectological projects (see European dialect syntax, Scandinavian dialect syntax).